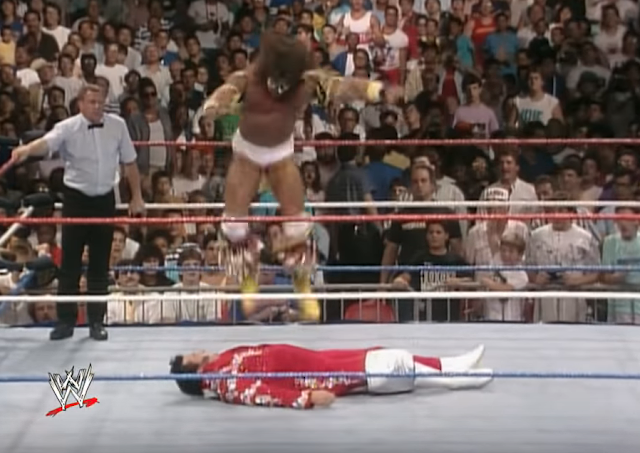 When it was announced that the Honky Tonk Man would be inducted into this year's WWE Hall of Fame class of 2019, my reaction was “hey, at least he won a title once, not like Hillbilly Jim.” But it also sent me down an unexpected nostalgia spiral for how much I absolutely detested him as a youngster. It was the angle involving his shoving Miss Elizabeth to the mat after a Saturday Night's Main Event Intercontinental title defense against “Macho Man” Randy Savage that got me hooked into pro wrestling for the first time, and for many reasons, he quickly cemented himself at the top of my Most Hated Wrestler rankings.

He was, by most fan-centric standards, a poor grappler. This is all relative, of course—he certainly could take a bump, and his ability to emote in the ring and hit storytelling beats was second to none. But he was never going to tear the roof off the joint with Ricky Steamboat or anything (hell, the match where he beat Steamboat for the belt was all of 4 minutes long). His finishing move was the “Shake, Rattle, & Roll,” a swinging neckbreaker that was a routine part of many wrestler's movesets, but it was Honky Tonk's finisher because...he shook his ass before delivering it, I guess. Or because it was the one wrestling move he knew, aside from “right handed punch,” “left handed punch,” “body slam,” and “kick.” (Just 999 moves to go and he'll match Chris Jericho!)

Thus, his constant claims to the title of “Greatest Intercontinental Heavyweight Champion of All Time” were particularly galling, as his opponents during his title reign were constantly portrayed as his clear superiors. Even during his feud with Brutus “The Barber” Beefcake, who was essentially his equal in the ring (right handed punch, left handed punch, body slam, kick, sleeperhold), Honky Tonk was portrayed as the clearly inferior talent.

He won the Intercontinental Title in a fluke rollup where he reversed an inside cradle by “The Dragon”and grabbed the ropes for leverage. And he never—ever—won a title defense cleanly. Actually, come to think of it, I'm not sure he ever won a title defense. He'd get counted out; his manager, “Colonel” Jimmy Hart, would interfere with his trademark megaphone; or he'd take matters into his own hands and get himself disqualified with a guitar shot to his opponent's head or back. The result was always the same—the challenger would win but Honky Tonk would hold on to his title, since WWF titles can only change hands via pinfall or submission. (Not counting cage matches, or ladder matches, or...you know what, never mind.)

For all these reasons, as the Honky Tonk Man's Intercontinental Championship reign continued week after week, eventually becoming the longest IC title reign of all time, he became more and more hated with each passing episode of Superstars of Wrestling or Wrestling Challenge. 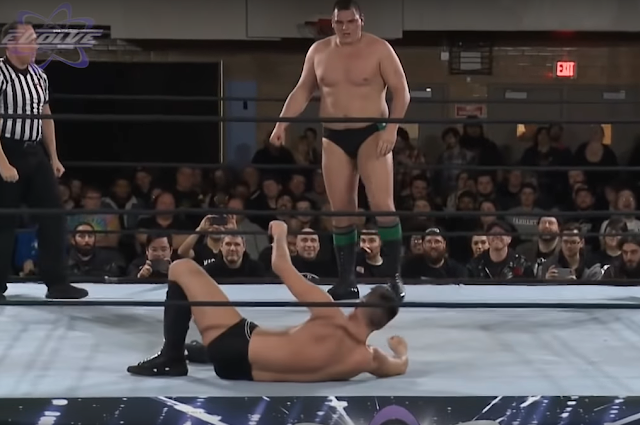 Indulge me for a moment of gushing: I love, love, LOVE Zack Sabre, Jr. In an era where so much of professional wrestling is dominated by MMA-influenced strikers, high fliers, and the homogenous “sports entertainment” that WWE shoehorns multiple styles into, the ultra-technical wizardry of Sheppey's favorite son is a joy to behold. Look, my favorite wrestler of all time is Bret “Hitman” Hart—it stands to reason that I'd be crazy go nuts for a guy who can stretch dudes to a degree that would have made that crazy old wizard Stu Hart lick his lips and rub his hands together. Add in his leftist Labour politics and I'm completely twitterpated. He often walks to the ring to the chords of “Mother” by the band Idles, getting the crowd to chant “The best way to scare a Tory is to read or get rich.” Heck, his real last name is Eatwell and he's a vegan. Eatwell! Its like he was destined to be the world's most annoyingly flawless man. And his pompous, arrogant heel character lets you know how perfect he is at all times.

Over the past year, while I've finally dived head first into the deep end of the New Japan Pro Wrestling pool, I've gotten to enjoy watching ZSJ stretch the hell out of guys like SANADA, Tomohiro Ishii, and one of my other favorite NJPW boys, Tetsuya Naito. But it was during a YouTube search of his opponent here where I stumbled across this gem from a Knights of Columbus in Brooklyn.

I've been hearing the name WALTER for several years now, and to my eternal shame, I didn't get a chance to take in any of his work until his NXT UK debut (I joke about WWE, but let's be real, there hasn't been this much quality wrestling in WWE on the whole since, well, ever, so it's hard to break out and invest the proper amount of time in the indies when you also have a day job and two bands). But his NXT UK work hasn't shown too much yet, so this past weekend I took some time to look up highlights of his recent independent work. Which brought me to this match from EVOLVE 99.

ZSJ and WALTER have crossed paths several times in their careers, which is right and logical for two European indie journeyman superstars. As teammates, they've held the tag titles in Germany's wXw, and as enemies, they've become familiar with each other all over the world. But this match in Brooklyn from just over a year ago is early on in a series of singles matches these two engaged in all across the independent scene, starting with a white-hot encounter in October 2017 across the country at PWG's All-Star Weekend. That match was given the elusive 5-star rating from Dave Meltzer and featured an arrogant ZSJ taking the role of pigheaded David vs. WALTER's sick-of-your-shit Goliath. Sabre, convinced he can match WALTER blow-for-blow (or at least, convinced that he has to prove he can), absorbs an absurd number of the Austrian's already-legendary chops, gets suplexed from pillar to post, and certainly holds his own, hitting solid kicks and many of his signature holds before trying to tie WALTER up in his signature European Clutch neck-bridge pin, only to fall right back into a Gojira Clutch sleeperhold and immediately tap out. What's fun about this rematch nearly three months later is how the two men, across the country in another promotion, build off their earlier contest, callback to it, and build on it as chapter two of an ongoing series, which, now with WALTER in WWE, is on indefinite hold.